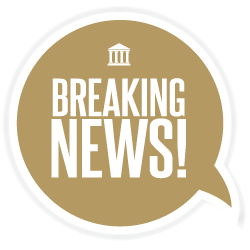 The maximum marginal rate for natural persons is increased to 45% (previously 41%) and is reached when taxable income exceeds R1 500 000.

The minimum rate of tax remains at 18% on taxable income not exceeding R189 880.

The tax free portion of interest income remains at R23 800 for taxpayers under 65 years, and R34 500 for persons aged 65 years and older.  In addition the tax-free savings dispensation for other investments, including collective investment schemes, became operative 1 March 2015 and is R33 000 (previously R30 000) per tax year.

Foreign dividends are also to be taxed at a flat rate of 20%, but this may be reduced in terms of Double Tax Treaties.

The rate of normal tax remains at 28%.

The final withholding dividend tax has been increased to a flat rate of 20% on shareholders (previously 15%).

The flat rate increase to 45% (previously 41%), although distributions in the same tax year are taxed instead in the beneficiaries hands.

Liability for tax is as follows:

TRUSTS OTHER THAN SPECIAL TRUSTS – RATE OF TAX – 45%

The rate of estate duty and donations tax remains at 20%.

The estate duty abatement (exempt threshold) remains at R3,5 million per person and a surviving spouse may also benefit automatically from any unused deduction in the first dying spouse’s estate.  i.e. The abatement remains  a combined maximum R7 million for the second dying spouse.

The first R100 000 of amounts donated in each tax year by a natural person remains exempt from donations tax.   Donations between spouses are fully exempt.

As from 1 March 2016 all retirement funds (pension, provident and retirement annuity funds) are treated similarly for tax contribution purposes.

The tax deduction formula of 27,5% per annum (with a cap of R350 000) of the greater of taxable income and remuneration applies to members of all retirement funds, including provident funds.

Pension and Retirement Annuity (RA) Funds will still require a compulsory annuity purchase upon retirement with two-thirds of such fund benefits whereas Provident Fund benefits may be commuted in full, until 1 March 2018.  The threshold below which a full fund benefit from a Pension or RA is allowed to be commuted is R247 500 effective 1 March 2016.

The rate of 14% remains unchanged and the compulsory VAT registration threshold remains at R1 million turnover per twelve month period.

South Africa’s special voluntary disclosure program gives non-compliant taxpayers the opportunity to correct their tax affairs.  With a new OECD global standard for the automatic exchange of financial information between tax authorities coming into effect from September 2017, time is running out for taxpayers who still have undisclosed assets and/or income abroad.  SARS and the Reserve Bank thus offer the SVDP to parties with unauthorized foreign assets or income who wish to regularize their affairs, until 31 August 2017.