The office of the Tax Ombud (OTO) has published in 2022, a draft Compendium of Taxpayers’ Rights, Entitlements and Obligations vis-à-vis SARS. This is not a legally enforceable Bill of Rights but a compilation of principles contained in the Constitution, Tax Legislation (including the Tax Administration Act) and SARS Service Charter. In this sense it consolidates taxpayer’s rights which are contained in various other pieces of legislation and is thus a useful first reference summary.
The Compendium seeks to strike a healthy balance between SARS powers and duties on the one hand and taxpayers rights and obligations on the other.

The ten rights of taxpayers are as follows:

RETIREMENT FUND ANNUITIES TO NON-RESIDENTS
The South African Reserve Bank (SARB) concept of “emigration” (including blocked Rand account) was replaced by SARS tax residency status effective 1 March 2021.
A tax non-resident permanently abroad can apply to an authorised dealer (eg. bank) to transfer up to R10 million per annum subject to a Tax Compliance Certificate (TCS). The challenge faced by tax non-residents who are receiving for example, a living annuity from a RSA source is, however, the levy of PAYE in terms of the Fourth Schedule to the Income Tax Act. The general rule is that the administrator of a retirement fund must deduct PAYE from an annuity and pay such amount to SARS.

However, a SARS form RST01 pertains to tax non-residents who qualify for tax relief from RSA tax (and hence PAYE) on pensions and annuities under a Double Tax Agreement. There is a section to be completed by the tax office in the country of tax residence including a declaration that the taxpayer is tax resident there and the tax reference number of the non-resident.

SOME HIDDEN PITFALLS OF ATTAINING TAX NON-RESIDENCY STATUS
Venture capital shares: Interface of 12J and 9H
Section 12J(9) exempts a recoupment of a venture capital share if the share has been held by the taxpayer for a period of 5 years. It is accepted that any CGT gain is subject to the application of Section 9H, being the so-termed “exit tax” triggered upon a change of tax residency.
The crisp issue is if the taxpayer ceases to be a RSA tax resident within 5 years and there is a deemed disposal in terms of Section 9H of assets (for CGT purposes) whether this disposal extends to Section 12(J)(9).Also, if the taxpayer continues to actually hold the share (post change of tax residency), could the Section 12J(9) exemption still apply?

It follows that the Section 12(J)(9) exemption will not apply, if there is a change of tax residency within a 5 year period from date of acquisition of the venture capital share and thus there is a recoupment.
Primary Residence CGT exemption limitations

The R2 million CGT exemption of the gain element applies to a primary residence property upon a disposal. Upon exit from RSA there is no deemed disposal of immovable property situated in South Africa by virtue of section 9 H(4)(a). A primary residence situated in South Africa will therefore not be subject to the exit charge under section 9H when the owner ceases to be a resident. Instead, any capital gain or loss must be accounted for when the property is actually sold or when another deemed disposal event such as death or donation occurs.
In this latter instance, para 47 of the Eighth schedule provides that the R 2 m exemption be apportioned pro rata to a person’s actual occupation vs the total period the property was held. It follows that this would over time reduce the amount qualifying for exemption for a seller who is absent, for example offshore and who sells the property only in some future year. 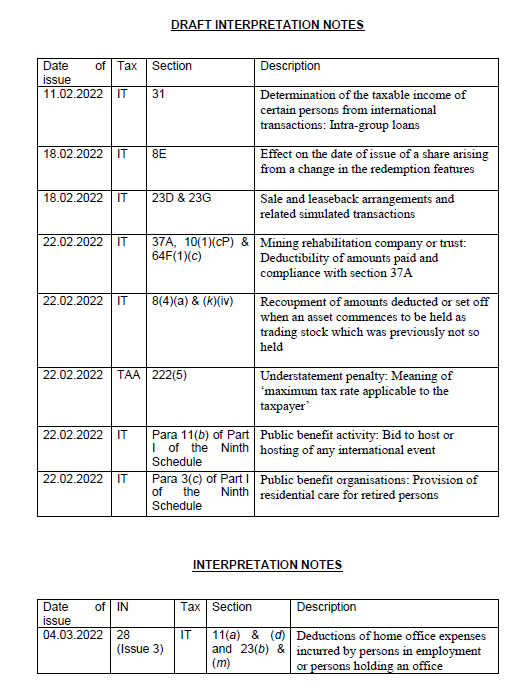